Robert Henry McClellan
Information on this page is from History of Rensselaer Co., New York by Nathaniel Bartlett Sylvester, published in 1880. 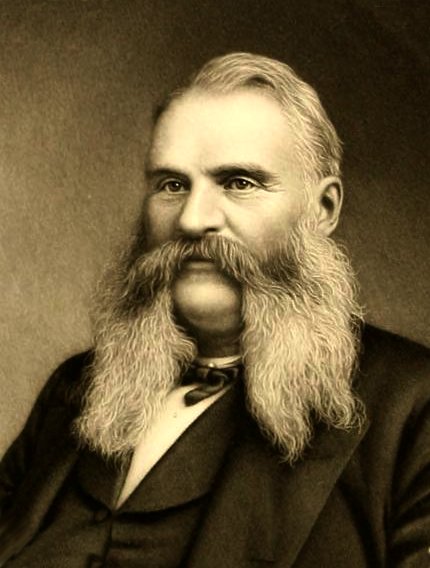 ROBERT HENRY MCCLELLAN was bom in Schodack, Dec. 28, 1826. He was the youngest son and fifth child of Dr. Samuel McClellan and Laura H. Cook, his wife. He was prepared for college at the academy at Nassau, principally under the tuition of Rev. Ward Bullard, A.M., and was admitted to the junior class of Union College upon examination. He was graduated at that institution in 1845, receiving the honorary membership of the Phi Beta Kappa Society, as distinguishing his proficiency, and received the honorary degree of A.M. from the same college.

Be pursued the study of medicine to a considerable extent in the office of his father, but abandoned it for the Study of the law under the tuition of his brother-in-law, Hon. Anson Bingham, of Nassau, and he was admitted to the bar in 1848. In 1849 he went to California as one of the pioneers, and while there voted for members of the convention and for the adoption of the constitution recommended by the convention. He earnestly combated the proposition to extend slavery to that Territory. On his return from California he commenced the practice of the law with Mr. Bingham, his preceptor, and in 1852 married Miss Jeannette E. Tobey, of West Stockbridge, Mass., and removed to Nassau. In 1854 he was elected supervisor of the town, and in 1855 was re-elected without opposition, and at the fall election of that year he was elected surrogate of the county as the candidate of the American party. At the close of his term of office, in 1860, he resumed the practice of his profession. In 1867 he associated with himself with James Lansing, and their partnership still continues.

While he was surrogate he began to prepare a book for a guide to executors, but did not complete it until 1862, when it was published and very highly commended. He prepared a new and very much enlarged edition, which was published in 1873.

For some years he had been engaged in the preparation of an extended treatise on the practice in the Surrogate's Court, and the duties of executors, administrators, and guardians, and it was published in 1875. His experience as surrogate of the county, with its vast business interests, together with his large practice, made him master of his subject, and his books are standard authority. His topics are systematically and logically arranged, and his style is particularly clear and concise.

He has been admitted to the District, Circuit, and Supreme Courts of the United States, it having been rendered necessary by the extended business of his firm.

In 1877 the alumni of Union College elected him a trustee of that time-honored institution.

In politics he was originally a Whig, and on the dissolution of that party he joined the American party; but on the breaking out of the Rebellion he sacrificed all his personal and political prejudices to his patriotism, and has continued to act with the Republican party from that time.

In his social intercourse he is genial, sympathetic, and kindly considerate. The cares and perplexities of a large and increasing practice have not dulled the fine points of his literary culture, nor lessened his love for classical studies, which he still pursues with delight; and he is, consequently, a thorough classical scholar.

Of an ardent and sanguine temperament, he does what he has to do with all his might, and he is characterized for his absolute punctuality and fidelity in all his engagements. True to his ancestral predilections, and of strong religious convictions, he is a staunch Presbyterian, and, happy in his social and family relations, he enjoys the respect and confidence of the community in which he lives.

Send comments or suggestions to:
Debby Masterson
Go Back to Rensselaer Co. Biographies
Go Back to Home Page